What is CBD and What is Hemp Extract? 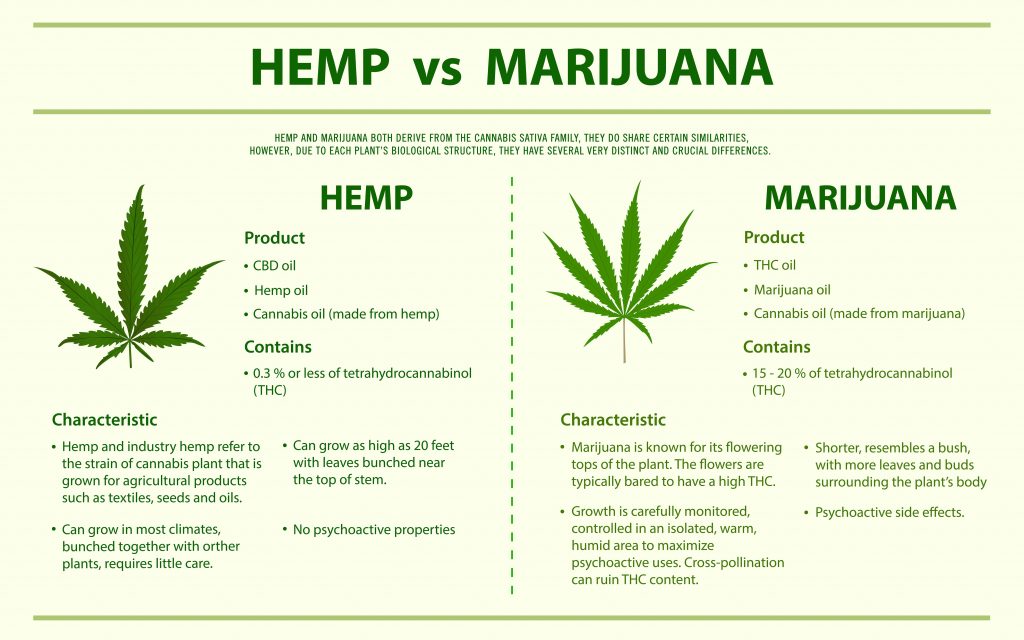 How Does Hemp Extract Work?

In 1992, at the Hebrew University in Jerusalem, Dr. Lumir Hanus along with American researcher Dr. William Devane discovered the endocannabinoid anandamide. The Endocannabinoid System (ECS) is essential to the health and healing of the human body. Cannabinoid Extracts reacts with the body through the ECS which is made up of millions of cannabinoid receptor sites.

The Science Behind Cannabinoids

If your research leads you to believe that cannabinoids can benefit almost any health and wellness goal you have, then you might be a little skeptical. It seems too good to be true, right? Well, here are some of those benefits and a little bit of the science behind cannabinoids to explain them.

Cannabidiol (CBD) is the non-psychotropic phytocannabinoid of Cannabis Sativa Linase and the subject of a number of studies for various health benefits. Cannabidiol is available in an oil form, added to edible items, or used topically for a variety of benefits. 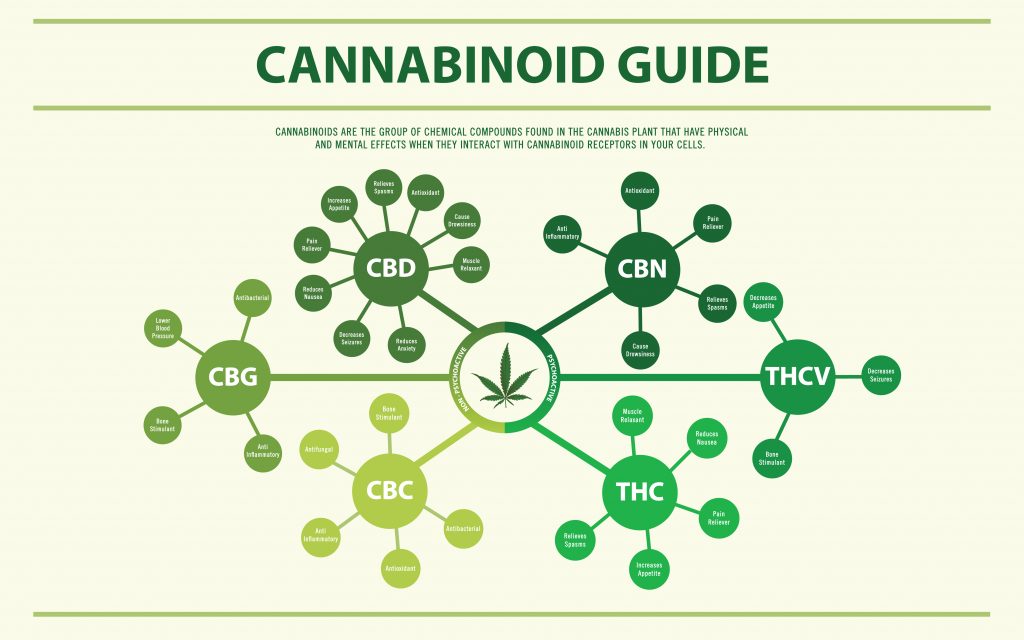 The human body contains its own natural endocannabinoid system. This internal structure assists in the regulation of other systems such as the nervous, immune, digestive and endocrine systems. All of these have an effect on the body’s various responses to internal and external stimuli.

This system determines the way we process and utilize cannabinoids within the body both internally and topically. Therapeutic applications of cannabinoids have been heavily linked to CB2 receptors given their connectivity to the immune system. Here is more on the science of the endocannabinoid system. 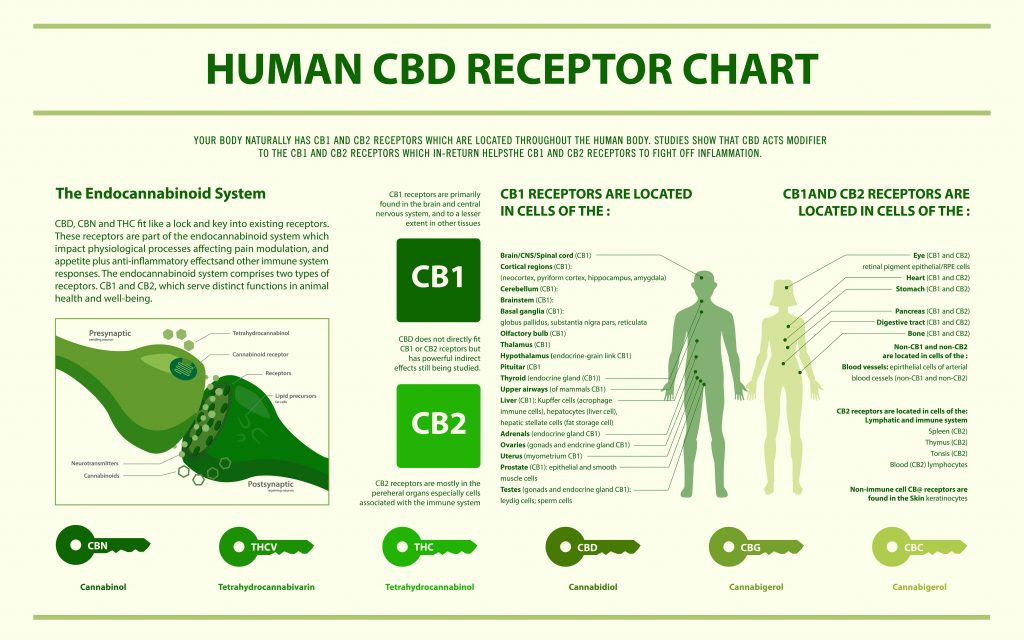 You may have heard about the effects of cannabidiol when you are feeling sore. Cannabinoids bind to CB2 receptors, inhibiting the production of the enzyme that breaks down the neurotransmitter called anandamide. The purpose of anandamide is to block pain receptors. More anandamide equals less pain.

Discomfort in the body is often the result of inflammation. CB2 receptors are found with the greatest density in the spleen. The spleen handles the filtering of old blood cells to assist in boosting the body’s immunity. The spleen is also responsible for producing an anti-inflammatory response. When assisted by cannabinoids, this response can be greater.

That being said, we are often our own worst enemy when it comes to inflammation. It is a warning sign produced by the body rather than a direct disease or illness correlation. Inflammation can be stress-induced (mental or physical), nutrition-related or be derived from environmental toxins. These are areas we can control.

Sometimes it is just tough to get out of that funk. When envisioning cannabis for its mood-boosting properties, what commonly comes to mind is a picture of stoned hippy characters without a care in the world. Again, Cannabidiol does not have the psychogenic effects of THC, so it will not get you high.

Research has shown correlations between cannabinoids and boosting the production of serotonin through its positive interaction with 5-HT1A, which is a subtype of the serotonin receptor.

Sleep disorders are surprisingly common, with 60 million adults in the U.S. affected on average. The underlying cause of sleep disorders is often related to something that is not the actual sleep. Common issues are pain and discomfort or stress and anxiousness. Many have found cannabidiol effective in assisting with sleep issues. In smaller doses, cannabidiol actually interacts with the same receptors as caffeine, causing alertness. The effects of cannabidiol on sleep for the general population, without underlying issues, may stem from its ability to assist the body in achieving homeostasis (balance).

Cannabidiol has shown to be useful in combating stomach discomfort. This could be from sickness, a long night of drinking, or anything else that may make you want to lose your lunch. There are a number of studies specifically directed to the effectiveness of cannabinoids for easing stomach discomfort for chemotherapy patients. The federally operated U.S. National Cancer Institute has even boasted cannabidiol’s effectiveness in calming the stomach.

The U.S government has patented cannabidiol as a neuroprotectant. Neuroprotectants are defined as substances that help shield the nerves from damage or death. They do more than just helping out when people get hit in the head. Trauma is not the only thing that can damage brain cells. Alcohol use, age-related degeneration, oxygen deprivation, and more could cause serious long-term issues. Here is what the science behind the patent says.

“Cannabidiol studies show that it has huge impacts on regenerating the brain and healing it properly”.

THC and CBD are known to have opposite effects on the skin, so let’s be clear that we are talking about CBD. Applying CBD to the skin may help the endocannabinoid system achieve proper balance. The linoleic acid found in CBD works to regulate the production of oil on the face.

The Science Behind CBD Studied Through the Ages

History shows that the benefits of cannabis have been studied for centuries. The first reported medical uses date back as early as 2900 B.C. in China by Emperor Shen Neng. Centuries later in 1563 A.D. Portuguese physician Garcia de Orta discussed the medical benefits of cannabis in a report. This was around the same time that Roman Emperor Nero’s army physician included cannabis in his medical inventory. By 1940 studies from French doctor Jaques Joeseph Moreau showed applicable uses for multiple medical disciplines.

Modern technology and high tech laboratories have taken the science behind CBD to a whole new level. The truth behind the research continues to amaze and astound. If you aren’t a believer, we strongly recommend you try it for yourself.

If you have any questions, don’t hesitate to contact us. If you have purchased one of our amazing products, be sure to call 984-223-5433 to schedule a complimentary consultation with our Certified Cannabis and CBD Advisor.